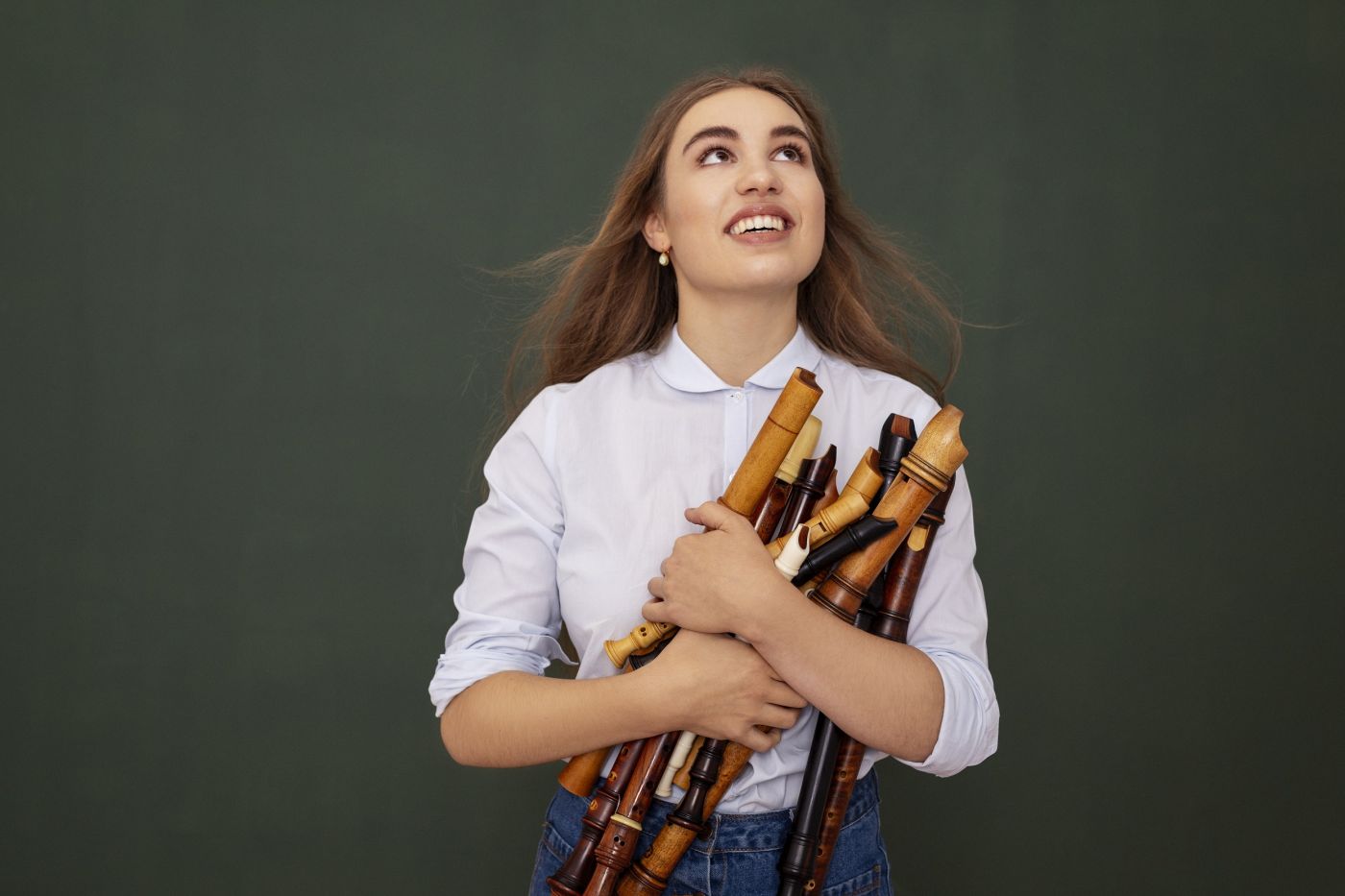 Twenty-year old Lucie Horsch is one of today’s most remarkable talents on the music scene, and already in great demand as a solo recorder player internationally.
Lucie records exclusively for Decca Classics. Her debut CD featuring concertos and other works by Vivaldi received the 2017 Edison Klassiek Award in the Netherlands. Her second album Baroque Journey, recorded with the Academy of Ancient Music and Thomas Dunford reached No. 1 in the UK Classical Charts and was awarded the prestigious OPUS KLASSIK Prize in Germany.